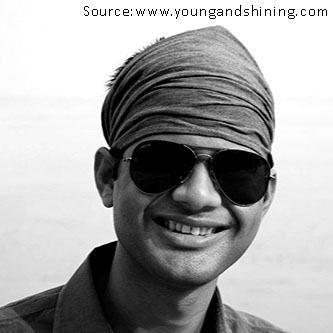 Originally from West Bengal, Vicky Roy ran away from his home and started working as a rag picker at the New Delhi Railway Station, before he was rehabilitated by the Salaam Baalak Trust, Delhi. He studied photography at Triveni Kala Sangam and then apprenticed under Anay Mann. In 2007, he held his first solo exhibition titled, “Street Dream” at India Habitat Centre; supported by the British High Commisson. In 2008 he was selected by the US based Maybach Foundation to photo document the reconstruction of the World Trade Center in New York. As part of the program, he undertook a course in documentary photography at the International Center for Photography, New York. His first monograph ‘Home Street Home’ published by the Nazar Foundation released at the second edition of the Delhi Photo Festival (Sept-Oct, 2013) and he was awarded the MIT Media Fellowship in 2014. He was a part of the Forbes Asia 30 under 30 list in 2016.