Tamal Bandyopadhay is one of the most respected business journalists in India and an author. His weekly column `Banker's Trust' in Mint, India's second largest business daily, is widely read for its deep insights into the world of finance and its unerring ability to anticipate major policy moves. His three books on finance, namely `A Bank for The Buck', `Sahara: The Untold Story' and `Bandhan: The Making of a Bank' have been best sellers. His latest book, a Penguin Random House publication, `From Lehman to Demonetization: The Decade That Shaped Indian Banking' is likely to be released later this year. Incidentally, the Sahara group had slapped a Rs200 crore defamation suit against him to stop the publication of the book on the group. Linkedin, the global professional network, has nominated him as one of the top ten finance voices in the world for two successive years - 2015 and 2016. Thinkers magazine has listed him one of the top 50 influential minds that have made indeliable contributions in the field of economics and governance in India in 2017. Bandyopadhyay has kept a close watch on the financial sector for over two decades and has had a ringside view of the enormous changes in Indian finance over this period. He has been a frequent speaker at seminars across India and overseas, and has hosted a very successful weekly show (by the same name as his weekly column) on television, featuring some of India’s most respected bankers, policy makers, central bankers and regulators. He has contributed to The Oxford Companion to Economics in India, edited by Kaushik Basu and published by Oxford University Press. Bandyopadhyay is currently a consulting editor with Mint and an adviser, strategy, with Bandhan Bank Ltd 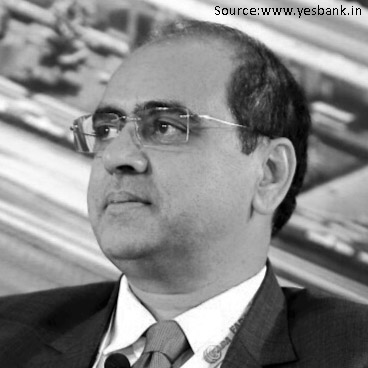